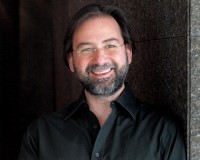 Alpaslan Ertüngealp was born in Istanbul, where he graduated from the German School and continued his studies in Budapest at the Franz Liszt Music Academy. He is regarded as an outstanding representative of the Hungarian School of Conducting. He is the founder and artistic director of Szolnok International Conducting Masterclasses, which is hosted by the Szolnok Symphony Orchestra and is held annually in the Szolnok region (Southeast Hungary).

He began to play the piano in his early childhood and kept pursuing his career as a pianist during his studies as a conductor. During this time, he recorded Ildebrando Pizzetti’s Chamber Works for Naxos/Yellow Label with Leila Rásonyi and László Fenyő. Due to a severe hand injury in a car accident he had to give up playing piano professionally and concentrated on conducting. Thus, he became a holder of prestigious international awards such as the 3rd Prize of the International Conductors’ Competition of Hungarian Television in Budapest (1998) and the 3rd Prize of the International “Prokofiev” Competition for Conductors in St. Petersburg (1999), which led to his international recognition as a talented young conductor. His awards were crowned with the 1st Prize of the “Dimitri Mitropoulos” International Conducting Competition in Athens in 2002.

Following the success Alpaslan Ertüngealp started to perform as guest conductor with Hungarian orchestras and abroad. From 2001 to 2006 he was the principal guest conductor and from 2006 to 2009 the music director of Savaria Symphony Orchestra in Szombathely. In 2001, he founded a chamber orchestra, the “Academia Hungarica” with the finest musicians of the Hungarian orchestras. With this orchestra, he conducted a series of performances of Mozart’s Magic Flute for the inauguration of the György Solti Chamber Hall in Budapest. In 2011, he recorded Mozart piano concertos with the Italian pianist Marisa Tanzini for the Vista Vera label.

The repertoire of Alpaslan Ertüngealp spans over 750 symphonic and lyric works. Although most of the works are from the early classical era (including all symphonies by Joseph Haydn and W. A. Mozart), Alpaslan Ertüngealp is an avid interpret of works by Bartók, Rachmaninoff, Scriabin, Richard Strauß as well as the French impressionists.

A noted conductor of contemporary music as well, Alpaslan Ertüngealp received the Artisjus Award in 2003 for his achievements in performing Hungarian Contemporary Music. He conducted the world premiere of the new opera “Eumenides” by Vasil Tole, commissioned for the Cultural Olympiads in Athens at the Odeon of Herodus Atticus during the Hellenic Festival of Athens in September 2005.

Parallel to his artistic activities as performer, Alpaslan Ertüngealp emphasizes the importance of the education of the younger generations. He is a jury member of the Solti International Conducting Competition to be held in Hungary in 2017. In June 2017 as the Music Director and the Co-producer of the “Szolnok Masterclass” with the Szolnok Symphony Orchestra, his first international masterclass for orchestral conductors in Hungary, he worked with 10 young talents and performed at 7 concerts throughout Hungary with his students. Besides other masterclasses planned through the next academic year, the next “Szolnokmasterclass,” the second international Master-course, will take place in June 2018.