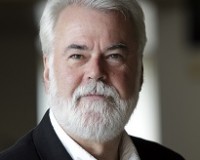 Born in Cuenca, Spain, 1956, he founded the prestigious Scherzo Music Magazine in 1985, of which he was its first Director until 2001. He was also Managing Director of the Scherzo Foundation from 2001 to 2005. From 1986 to 2005 he organised the concerts promoted by Scherzo, creating and leading artistically the Ciclo de Grandes Intérpretes (Piano master series) at the Auditorio Nacional de Música de Madrid and the Ciclo de Jóvenes Intérpretes (Young piano talents, 2002-2005). In 1988 he founded the Mozart Festival of Madrid, which he directed until its end in 1997. In 1998 he was commissioned by the City Hall of La Coruña (Spain) to create another Mozart Festival, which he directed until 2002, succeeded by Alberto Zedda.

In 1990 he was commissioned to design and start the Music Programme of Caja Madrid Foundation, institution of which he was Music and Artistic Counselor until August 2005. Here, apart from coordinating and organising around 200 concerts a year, he was the Artistic Director of the Ciclo Sinfónico (Symphonic Series, 1991-1994) and of two of the most successful series in Madrid: the Liceo de Cámara (1992-2005, and from 2014 as a part of the CNDM Series), and the internationally renowned Ciclo de Lied, held from 1994 at the Teatro de la Zarzuela, of which he continues to be his Artistic Director 24 years after its creation. From 2001 to 2006 he was Artistic Director of the Semana de Música Religiosa de Cuenca Festival, and from September 2005 to August 2010 he was Artistic Director of Madrid’s Teatro Real, succeeded by Gerard Mortier.

He participates regularly in pedagogical activities with several Spanish universities, as a lecturer in Cultural Management master degrees and in many other national and international music forums. In August 2013 he was invited by the Gesellschaft der Freunde von Bayreuth to give a lecture on “Die moderne Wagner Rezeption” at the Bayreuth Festival, on the occasion of the 200 anniversary of Richard Wagner.

In October 2010 he was commissioned by the Spanish Ministry of Culture to create and direct the new Centro Nacional de Difusión Musical (Spanish National Centre for the Promotion of Music, CNDM), as a part of the Instituto Nacional de las Artes Escénicas y de la Música (National Institute for the Performing Arts and Music, INAEM), which deals amongst other activities with the Artistic Production of the Auditorio Nacional de Música de Madrid (National Concert Hall, Madrid). In these years the CNDM has become a Center of reference in Spain with the organization of an average of 300 concerts per season in 28 Spanish cities and 10 in Europe and America and the has Auditorio Nacional de Música opened its doors -with great success- to other music as jazz or flamenco.