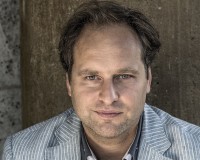 A mesmerising figure on the concert stage, Bogányi is known for his diverse and virtuostic interpretations; he conducts both symphonic and operatic repertoire on a high level with numerous leading orchestras and companies world-wide.

Bogányi conducts a wide range of repertoire from symphonic music to large-scale choral works, as well as to opera and ballet. His international career has allowed him to expand close relationships to the world’s major symphony orchestras such as the Staatsphilharmonie Rheinland-Pfalz, the Orchestre National du Capitole de Toulouse, the Copenhagen Philharmonic Orchestra, the Odense Symphony Orchestra, the Durban Philharmonic, the Mexico State Symphony Orchestra, the Macao Symphonic Orchestra, the Sanghai Opera and St. Petersburg’s National Symphony Orchestra. He has also conducted all major Finnish orchestras including the Helsinki Philharmonic, the Finnish Radio Orchestra, Lahti and Tampere Philharmonic Orchestras. In addition, he has shared the stage with some of the world’s leading soloist as Andrej Gavrilov, Ilija Gingolts, Zoltán Kocsis, Gergely Bogányi, Barnabás Kelemen, Kristóf Baráti, Gary Hoffman, Miklós Perényi and Dénes Várjon. As artistic director of the VIVO National Youth Symphony Orchestra between 1999 and 2002, he was responsible for directing educational projects as well.
Bogányi has also built up an extensive operatic repertoire. Following his highly successful Finnish debut, conducting Cosi fan tutte for the Finnish National Opera in 2006, he continued conducting a great number of productions, including Verdi’s Traviata and Machbeth, Mozart’s Don Giovanni. During the same period, he also conducted Bizet’s Carmen, Stavinski’s Le Sacre du Printemps and Bartók’s all three stage works such as Wooden Prince, The Miraculous Mandarin and the Duke Bluebeards’s castle.In 2014, Bogányi made his Hungarian debut with the National Hungarian Opera conducting the Italian composer Boito’s Mefistofele followed by Puccini’s Tosca.
He is highly committed to contemporary Finnish music and therefore frequently conducts and records works by Finnish composers like Aulis Sallinen as well as Swedish composers like Anders Hillborg. He conducted Tuomas Kantelinen’s world-premiere opera Paavo Nurmi. He is also devoted to premiering new pieces from other contemporary composers such as György Orbán or Levente Gyöngyösi.

Hungarian born Bogányi first studied cello and following completion of his studies, was admitted to the conducting class of the prestigious Sibelius Academy in Finland where he studied under Jorma Panula and Leif Segerstam. During his years at the academy, he was a guest student at the CNSM conservatoire de Paris and studied under János Fürst. Bogányi completed his dissertation by conducting the world premiere of the ballet Hobbit by Sallinen at the Finnish Opera House.

In addition, to his work as a conductor, Bogányi has appeared as a cellist in recitals around the world.