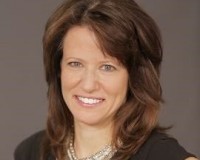 Lesley Rosenthal is an internationally recognized authority in arts and cultural policy, law, governance and management. Beginning in 2005, and presently as Executive Vice President, General Counsel and Secretary of Lincoln Center for the Performing Arts in New York, she provides leadership and strategy for the legal, corporate governance, compliance, government relations, and archives/information resources functions of the world’s largest performing arts center. She also leads the Performing Arts Hall of Fame at Lincoln Center.

In 2014, Rosenthal was elected by Harvard alumni worldwide to the university’s Board of Overseers, which exerts broad influence over the University’s strategic directions, provides counsel to the University leadership, and superintends the visitation process. She is Vice Chair of its Arts and Humanities Committee and also serves on the Executive Committee, Finance, Administration and Management Committee, and audit committee.

Rosenthal lectures widely on arts topics in the U.S., Europe and Asia. She recently helmed the Arts & the Rule of Law activities at the World Justice Forum’s 2017 conference at The Hague. Rosenthal is the author of the bestselling book, Good Counsel: Meeting the Legal Needs of Nonprofits (John Wiley & Sons 2012), which distills the legal needs of the one million nonprofits in the United States. She has published articles, policy papers and case studies in popular and trade publications, including the Liszt Academy Concert Magazine.